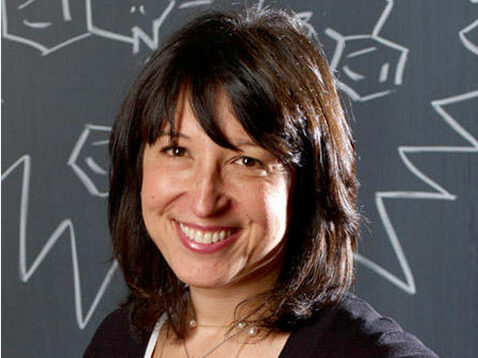 Professor of Molecular and Cell Biology

Alanna Schepartz is the T. Z. and Irmgard Chu Distinguished Chair and a Professor in the Departments of Chemistry and Molecular and Cell Biology at the University of California, Berkeley. She and her research group are known for the creative application of chemical synthesis and logic to probe mechanism and catalyze discovery in both chemistry and biology. Her research has contributed to and shaped thinking in multiple areas, including the mechanisms of protein-DNA recognition and transcriptional activation; protein design and engineering and their application to synthetic biology; and the complex process by which chemical information is communicated across biological membranes. She is widely recognized for the pioneering design of miniature proteins and b-peptide bundles, the first and only example of a protein-like architecture that lacks even a single a-amino acid. Current projects focus on (1) repurposing the ribosome to biosynthesize sequence-defined chemical polymers and polyketides; (2) exploring and improving novel tools for trafficking proteins to the cytosol and nucleus for therapeutic applications; (3) understanding the mechanism by which chemical information is transported through cellular membranes; and (4) developing new probes and fluorophores to image organelle dynamics at super-resolution for highly extended times and in multiple colors.

She has received numerous awards for her research, including a David and Lucile Packard Foundation Fellowship, a N.S.F. Presidential Young Investigator Award, a Camille and Henry Dreyfus Teacher-Scholar Award, an Alfred P. Sloan Research Fellowship, an A.C.S. Arthur C. Cope Scholar Award, the A.C.S. Eli Lilly Award in Biological Chemistry, the Agnes Fay Morgan Research Award, the Frank H. Westheimer Prize Medal, the ACS Chemical Biology Prize & Prize Lecture, for which she was the inaugural recipient, the Alexander M. Cruickshank Prize, the Ronald Breslow Award for Achievement in Biomimetic Chemistry, the Wheland Medal, the A.C.S. Ralph F. Hirschmann Award in Peptide Chemistry, and the Vincent du Vigneaud Award. In 2010, Schepartz was elected as a Fellow of both the American Academy of Arts & Sciences and the American Chemical Society. In 2014, Alanna was elected to the National Academy of Sciences.